NEW DELHI, June 5 (Thomson Reuters Foundation) — When India\’s lockdown to contain the coronavirus pandemic eventually ends, it may be too late for B. Hanumanthu to earn an income this year.

The herder keeps 150 Poda Thurupu cattle, prized as draft animals. In April and May, right after the spring harvest, farmers from southern India flock to livestock markets in the states of Telangana and Andhra Pradesh to buy the animals.

\»Like every year, there is demand for my bullocks, but animal markets are closed due to the lockdown,\» said Hanumanthu, a leader of the Lambada pastoral community in the southern province of Telangana.

\»Selling cattle is our main earning and we have lost the opportunity this year.\»

After May, farmers are busy sowing summer crop and sales of Poda Thurupu cattle drop to a trickle, he said.

Indian Prime Minister Narendra Modi in late March abruptly declared a national lockdown that halted economic activity and left millions of migrant workers with little option but to walk home in a mass human exodus not seen since the partition of 1947.

What has gone relatively unnoticed is that the stringent travel restrictions also left in the lurch millions of pastoralists, whose livelihoods pivot on keeping their herds mobile.

India has about 35 million pastoralists distributed across the South Asian nation, according to the Centre for Pastoralism (CfP), an Indian research organisation.

The communities manage a wide range of livestock, often through long-distance migrations that span multiple states. India_s wool, leather, meat and milk economies depend on them.

Many have been hard-hit by the lockdown, which has restricted movement.

\»The situation of different pastoral communities is not uniform across India due to the lockdown,\» said Vasant Saberwal, director of CfP. \»Anecdotally, we are hearing reports of severe grazing difficulties that many herders are facing because of travel restrictions.\»

\»There is also lack of access to food rations and shops in villages due to fear of the spread of infection.\»

In many parts of India, farmers allow herders to graze their animals on crop residue after the harvest is gathered by March.

Since this often involves travel across district and provincial borders, the coronavirus shutdown has deprived pastoralists of that free feed for their animals.

Many semi-nomadic communities have had to fall back on buying fodder, putting an additional strain on their finances.

\»The lockdown prevented herders to move between Telangana and Andhra Pradesh,\» said Sabyasachi Das of the Hyderabad-based Watershed Support Services and Activities Network (WASSAN). \»At this time of the year, they generally graze their animals on the maize crop residue.\»

Land degradation and growing desertification in wide swathes of India — attributed in part to low soil moisture as a result of climate change — have added to their woes.

Many fear additional grazing losses under the lockdown will be too much to manage.

A coronavirus-related advisory issued by the Ministry of Environment and Forests in April further restricted the movement of people in protected areas.

The grasslands of Vidarbha region in central India, for instance, have traditionally hosted more than a million pastoralists and their animals. \»In Vidarbha, farmers pay herders to graze their animals and clear fields of crop residue,\» said Sajal Kulkarni of the Nagpur-based Centre for People_s Collective.

\»This year, since herders could not move across districts, they suffered a loss of income in these trying times.\» The situation is not much different in the western provinces of Gujarat and Rajasthan, where pastoral communities maintain large herds of camels and sheep.

\»We are unable to freely move with our herds for grazing since villagers are afraid that we are carriers of coronavirus,\» said Sumer Singh Bhati, who owns about 200 camels that feed in dry and desert areas of Rajasthan.

\»We were sometimes even prevented from going to village shops to buy food rations. This coronavirus scare has broken the back of camel herders,\» he said.

For shepherds, shearing their sheep has presented another problem.

\»If the sheep are not sheared in time, it could potentially lead to parasite infections in the rainy season,\» Kulkarni said.

In some places, such as Himachal Pradesh, the state government has facilitated the movement of shearers, but such instances are rare, he said.

The collapse of India\’s meat trade with many markets closed and travel difficult also has led to a loss of income for sheep and goat herders. But — unlike milk sellers — they are better insulated from permanent losses.

\»Living in isolated areas, in many cases, pastoral communities are more resilient than others,\» Saberwal said.

\»Although they are facing cash flow issues due to the collapse in meat trade, they are more likely to withstand such disruptions\» because their animals — even if thin this year — serve as a store of wealth, he said.

The same can_t be said of Van Gujjars, a mostly Muslim pastoral community in northern India that keeps cows and buffalo, with families earning an income selling their milk.

\»The Van Gujjars living in and around the Rajaji National Park faced major problems,\» said Tarun Joshi of Van Panchayat Sangharsh Morcha, an association of pastoral communities in the Himalayan state of Uttarakhand.

\»Police prevented them during the day to go to nearby towns and they could not sell milk in the evening due to the night curfew.\»

The spring migration to Himalayan meadows in Kashmir, Himachal Pradesh and Uttarakhand also has been disrupted due to the pandemic lockdown.

Although the provincial governments began helping some pastoralist communities move to alpine pastures at the end of April, valuable time was lost, adding to fodder costs for the stranded herds, herders said.

India_s federal government in mid-May announced a series of stimulus measures to kickstart the COVID-19-stalled economy.

Although the government significantly increased allocations for a rural jobs guarantee programme, there were no specific measures to aid pastoralists.

\»Their plight due to the coronavirus crisis seems to have fallen through the cracks and they have been left to fend for themselves,\» said Tushar Dash, a researcher associated with CfP.

If you loved this short article and you would like to receive additional info pertaining to travelers cast kindly go to our web site. 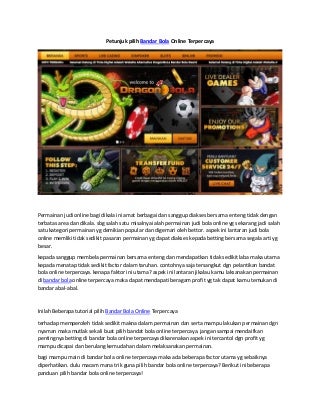